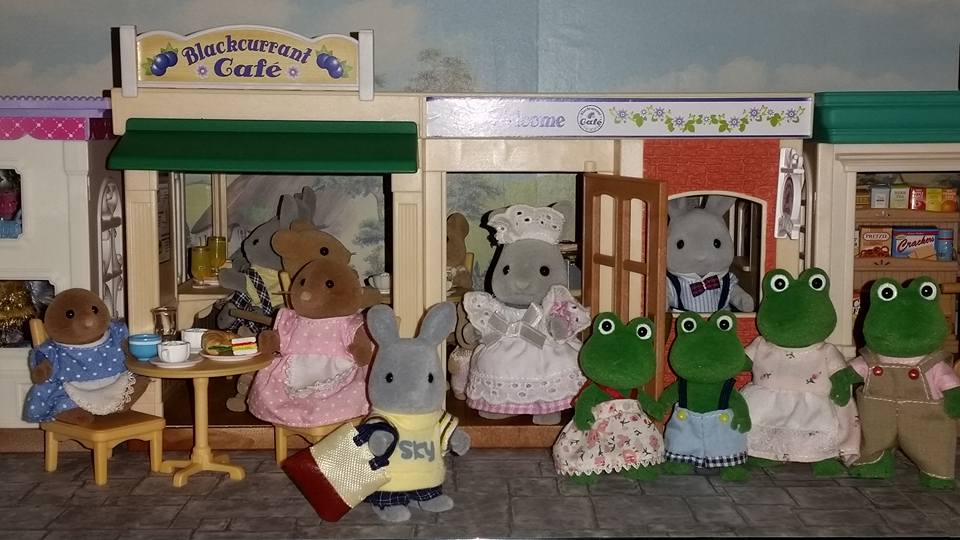 The Blackcurrant Cafe is perfect for a quick snack and a cup of coffee or tea. With something on the menu for the whole family to choose from, be it a freshly made sandwich, crusty roll or delicious cake. The cafe has seating inside and outside or for those on the go, offers a handy takeaway service!

Blackcurrant Cafe was released into the UK Sylvanian Range in 2012. It had previously been released in to the Japan range in 2011, but was a fast food hamburger restaurant. The building was the same, but had different stickers and food items. After EPOCH took over the distribution of Sylvanian Families, the hamburger restaurant was sold in the UK, and Blackcurrant cafe was discontinued. Upon its launch in the UK, Marian Brighteyes was released as the cafe owner. She came with a cake counter and stand. 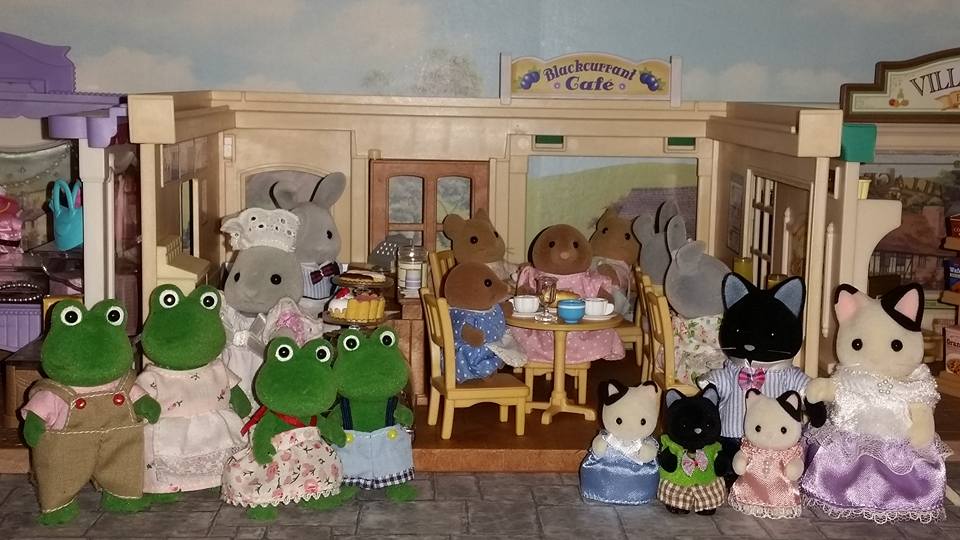