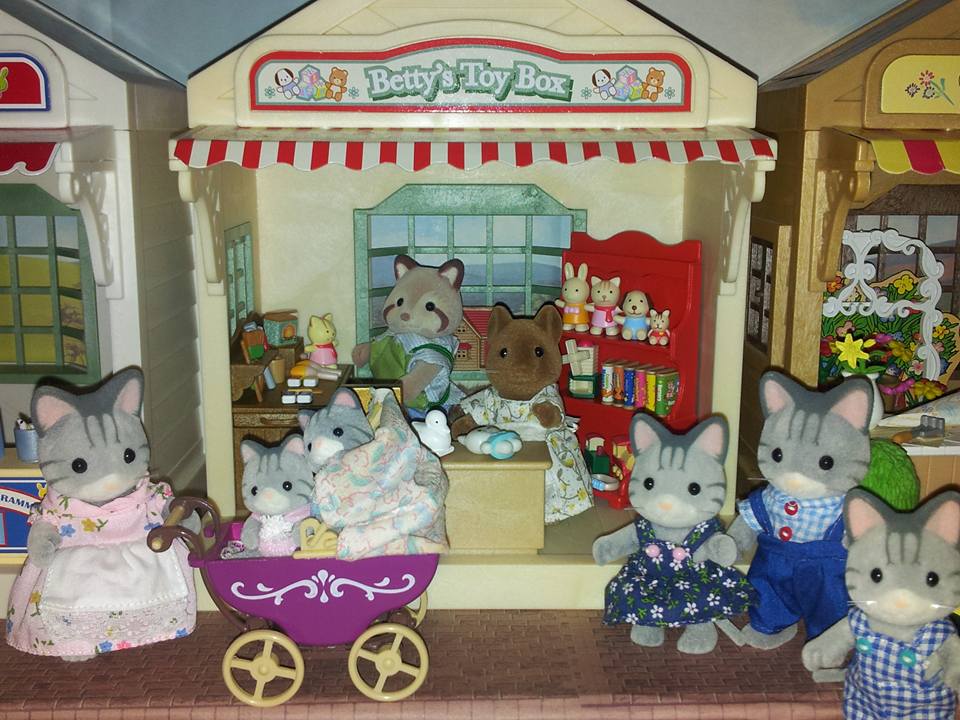 Betty's Toy Box was originally released into the Sylvanian Families range in 2005, under the name Hazelwood Toy Shop. It came with shop owner Betty Hazelwood and loyal customer Oliver Bearbury. The shelf unit in the shop was also blue instead of red. The version I own is the re-release version, released in 2011. This version just came with the one figure, Betty Hazelwood. I have added Racoon Uncle, Edward Mulberry and his toy building workshop to the toyshop.

In my village display, Betty's Toy Box is on a shelf with all the other smaller cottage style shops, in the area considered 'Old Town' in the village. Her good friend Edward Mulberry has a workshop in the shop, where he can repair toys and also make new toys for the shop. Betty often has all the children of Sylvania visiting her shop, to look at her selection of toys on offer.
Powered by