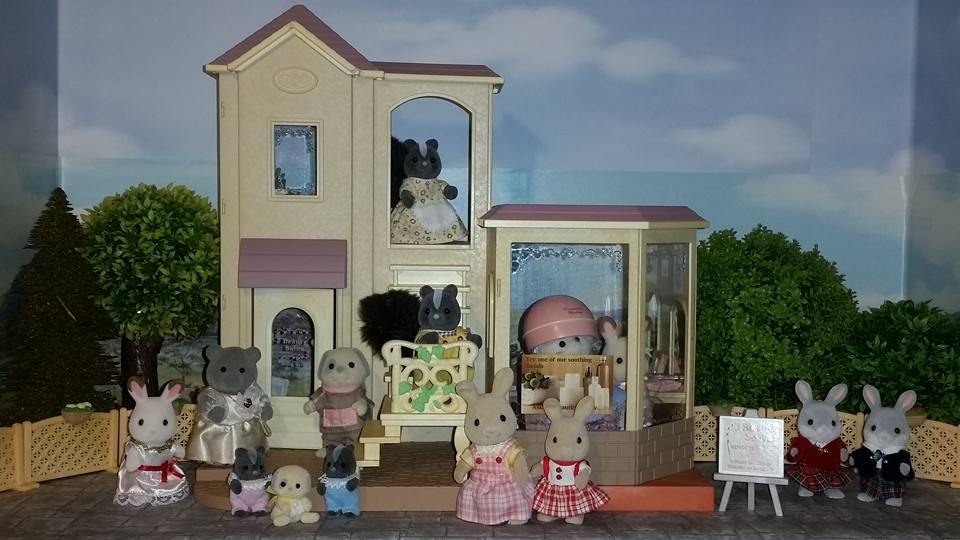 The Beauty Salon was originally released into the Sylvanian Families range in Japan in 2004. It took five years to finally get an official UK release, making its debut in 2009. The Sylvanian Families Shop in London did sell the Japan release for a while, until its UK release. The UK release came with an exclusive figure, Patches Dog Father, Antonio Patches. The beauty salon was the only way to obtain Antonio. I don't believe the Japan release came with a figure, although I have seen pictures of a Walnut Squirrel Mother wearing a uniform to accompany the set. I am not sure if the costume was sold separately though or if she was an exclusive figure. A couple of extra items were released to accompany this set in the UK. The Beautician Set, which was a trolley containing several items to use in the salon, and also a uniform. There was also a dressing table which contained lots of make-up and perfumes.

In my village, I have the Bouquet Skunk family working in the salon along with Antonio Patches. The upstairs makes a perfect perfume shop for the Bouquets to sell their sweet scents. 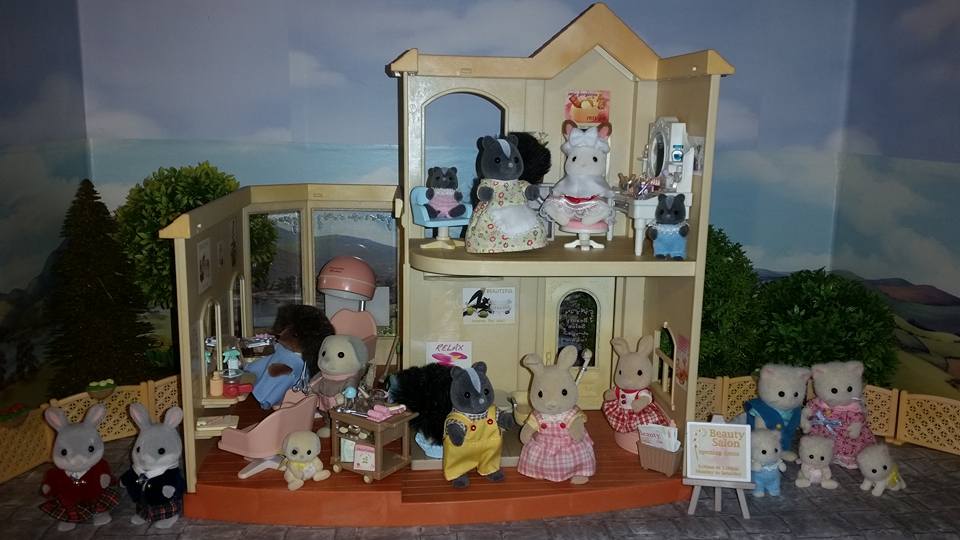